Men, mental health and the past 23 months 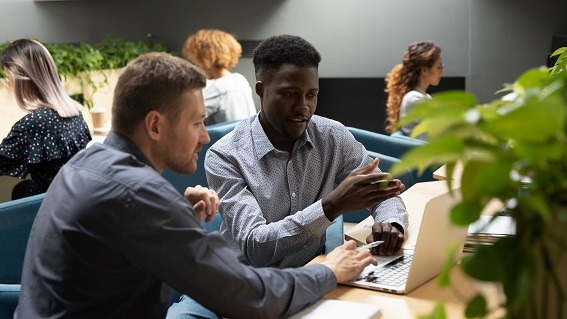 It’s hard to believe that it has been almost 2 years since the start of the COVID-19 global pandemic.

They have also been at greater risk of becoming severely ill with the disease and have experienced a higher mortality rate. Whilst many cases can be attributed to biological factors such as age (those over 70 are at significantly higher risk of severe illness and death), co-existing conditions (individuals with underlying chronic illnesses are more likely to contract the virus and become severely ill) and hormones (women have a stronger immune response through their sex hormones oestrogen and prolactin) – do attitudes and behaviours play a part?

We have all been forced to change our behaviours and we know from Prochaska & Di Clemente’s ‘Stages of Change Model’ (1977) that behaviour change isn’t simple. It involves a considerable commitment of time, effort and energy. This transtheoretical model helps to explain how change occurs. It considers where an individual is in the change process and looks at ways to work through each stage to achieve the ultimate goal.

An important consideration in behaviour change, is that we usually have an element of control in whether we adapt to the change, or not. A differentiating factor in this situation, was that new ‘behaviours’ were thrust upon us. We did not have the opportunity of working through the Precontemplation, Contemplation or even Preparation stage of behaviour change. This means that we were moved straight to the Action stage, almost overnight.

As identified by Professor Everett Rogers in his Diffusion of Innovations theory, populations move at different speeds when asked to change. Innovators are the risk-takers. They are happy to move to action and deal with the consequences later. Early Adopters try out new ideas but with a more careful, considered approach. The Early and Late Majority groups account for nearly 70% of the overall group. The only variant here being that the Late Majority are more skeptical and want to see how others fare first.

Laggards are more commonly known as traditional people. They care for the ‘old ways’ of doing things and are quite critical of new behaviours. They tend to only adopt if the new idea has become mainstream.

We were asked as a nation, to become ‘Early Adopters’  in our response to COVID-19. What has been helpful to many terms of this, is the emergence of more evidence. Receiving clear and concise communication from Public Health, has also helped . These factors, as well as others, have been beneficial in shifting attitudes and beliefs, particularly amongst males.

The past year has without doubt created increased stress, anxiety and worry. Not just for men, but for everyone.  For those experiencing mental health problems, things may have been especially difficult. Historically, men have been seen to be the ‘bread-winner’ of the family. This belief is very outdated and importantly, the stigma surrounding it is diminishing. With that said, it can still be very difficult for men to come to terms with the effects of situations that inhibit them from providing for their families. The loss of a job could be one such example. There is absolutely no shame in this. It is not something you are expected to simply ‘get over’. If you have felt worried or anxious about the long term impact of COVID-19, or even suffered with low mood or symptoms of depression, it’s okay. These feelings and emotions are completely founded. What is important is that these feelings are addressed.

We know that COVID-19 is here to stay and that we must learn to live with it. For some, this is easier said than done. But how can you, as a male, protect yourself, your mental health and the mental health those around you?

Recognise that the Pandemic has caused much pain and anguish. It is perfectly normal not to agree with or have the same beliefs as others. Experiencing feelings of anger, frustration or anxiety because of this, is often noted. Be open to the opinions of others. Resistance to change may lead to negative feelings and emotions which, over time,  can create a downward spiral. This is not supportive of good mental health.

Lifestyle factors such as smoking and drinking, are thought to contribute to disease. According to the World Health Organisation, the average man consumes almost five times as much alcohol as the average women. There is evidence that excessive alcohol consumption can increase the risk of diabetes, hypertension and cardiac disease. It may also raise the risk of respiratory disease and exacerbate mental health conditions. Regular physical activity has long been recognised as a proven method to reduce the risk of disease, while also helping to maintain a healthy BMI and waistline. Outdoor activity in nature, such as walking  in the local park or having a run through the countryside, is regarded not only as being physically beneficial but may significantly improve psychological health.

It is widely believed that men are less likely to take advantage of health services. They use them less frequently and often delay seeking help, even if experiencing specific concerns. This puts men at higher risk of developing more serious health problems. It may also explain, in part, the higher rate of men experiencing serious illness and shorter life span, relative to women. A study from the BMC Public Health found that the majority of men (61 %) did not engage in regular health check-up visits. This is a missed opportunity for preventative health care discussions. It also reduces the chance in detecting and successfully intervening on health problems, early.

It could be even worse for mental health services. In England, around one in eight men has a common mental health problem such as depression, anxiety, panic disorder or obsessive-compulsive disorder (OCD). As with many mental health statistics, it’s hard to know if the figures truly represent what is happening.

Talk about your thoughts and feelings

When compared to women, three times as many men die by suicide. Men aged 40-49 have the highest suicide rates in the UK, according to the men’s health forum. Societal expectations and traditional gender roles may play a role in why men are less likely to discuss or seek help for their mental health problems. Some research also suggests that men who can’t speak openly about their emotions may be less able to recognise their symptoms. This makes them even less likely to seek help.

If you’re concerned that you’re developing a mental health problem, talk to your GP or your workplace EAP. It can be daunting at first, but most people find that speaking to their GP or a trained counsellor is the first step in getting the help and support they need.

Ergonomic and Wellness Products for Workplaces

Health and Wellbeing Services and Clinics